Liverpool football club has signed Luís Diaz after completing first part of medical in Argentina, ready to pen his contract until June 2027. 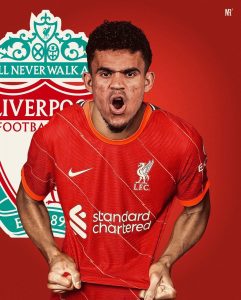 This was announced 24 hours after he completed his medicals.

Luis Visa applications are already on process as we all awaits him at England next week.